The OMHM: Housing Montreal families since 1969

The City of Montreal initiated an urban renovation project in the Little Burgundy neighbourhood and adopted a project to construct a low-rent housing block to be called Îlots Saint-Martin. 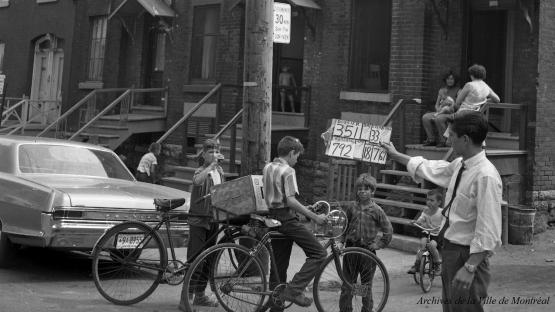 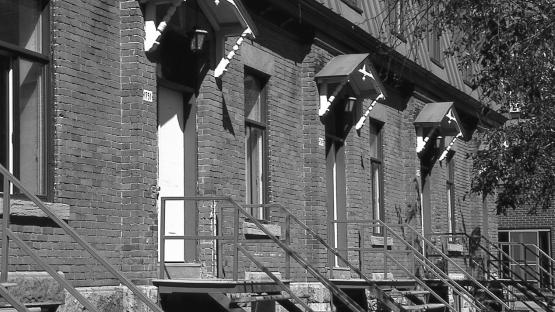 The government of Quebec adopted the Act respecting the Société d’habitation du Québec (SHQ). The SHQ’s role was to enable cities to obtain federal funds for urban renovation and for construction of low-rent housing; cities were authorized to create municipal housing offices.

The City of Montreal set up a Housing Department, which was originally responsible for three programs: restoring housing, urban renovation and low-rent housing. This department assumed responsibility for the project at Îlots Saint-Martin.

The city set up the Office municipal d’habitation de Montréal (OMHM), which was the first municipal housing office in Quebec and is still the largest today. The director of the city’s housing department, Guy Legault, was appointed to lead the new office (and remained director until 1979).

The OMHM completed construction of the Îlots Saint-Martin complex, which was the first low-rent housing in accordance with Quebec legislation, and one of the largest comprising 313 housing units. In the subsequent years, the OMHM constructed more low-rent housing to rehouse families whose homes had been demolished in the wake of large urban projects (for example, the Radio-Canada tower, the Ville-Marie Expressway, etc.). 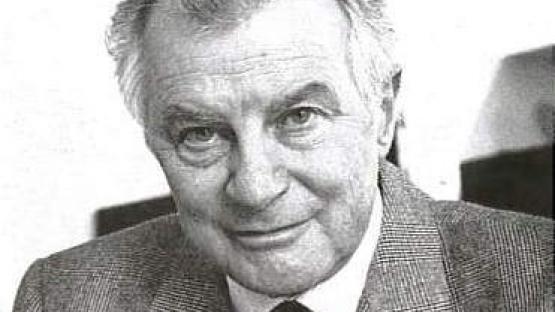 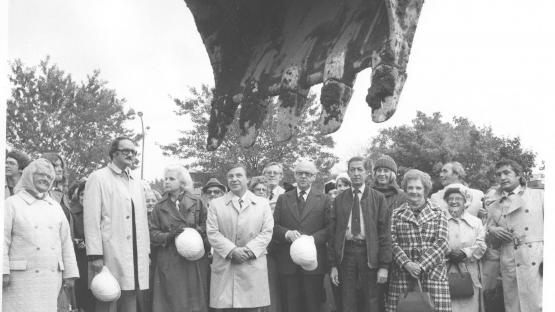 The OMHM constructed the first tower for seniors: Habitations Dublin-Fortune located in Pointe-Saint-Charles. From that time, the trend was towards constructing separate buildings for families and seniors. 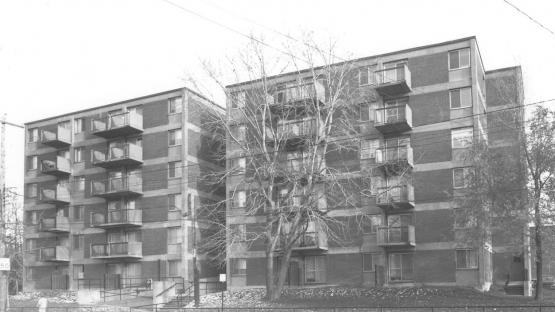 On the island of Montreal, 14 municipalities outside the City of Montreal established municipal housing offices.

The OMHM no longer constructed large blocks of 100 units or more. In parallel, the OMHM had been constructing smaller projects integrated into the different districts and systematically adopted this approach. 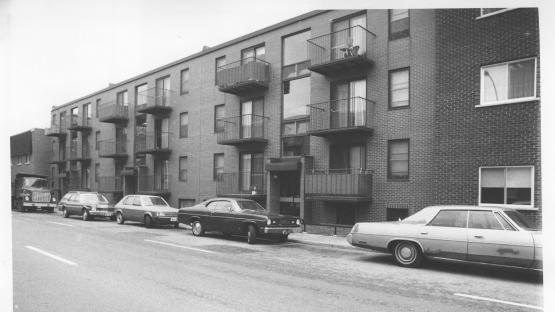 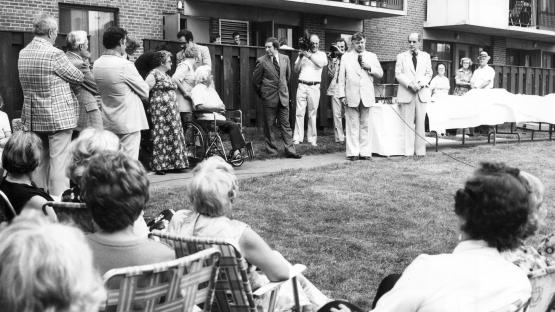 The SHQ abolished the rent ceilings in low-rent housing, an act that triggered an exodus of workers, who accounted for a significant proportion of their tenants. As rents were now set at 25% of the gross household income, these workers would pay more in low-rent housing than on the private market.

The OMHM amalgamated with the Municipal Housing Office of Pointe-aux-Trembles when this municipality was integrated into the City of Montreal. 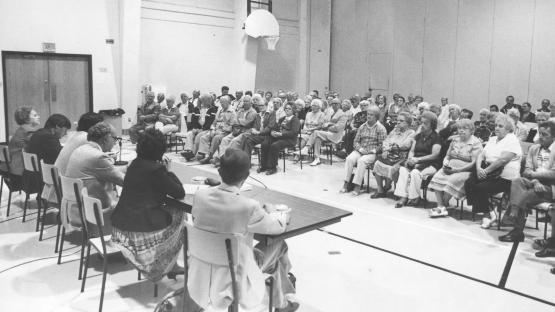 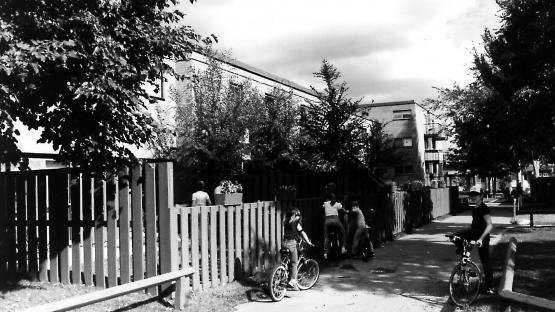 The SHQ adopted new regulations governing the allocation of housing for the most disadvantaged people. Based on the previous criteria, the municipal housing offices were able to strive for a certain degree of social diversity. In these days, in Montreal, the OMHM aimed to allocate 35% of housing for families to workers with families. These new regulations had the inevitable effect of forcing out workers, a process that had already begun after the abolition of the rent ceiling in 1982.

The federal government withdrew its funding for the low-rent housing. Until then, they had been providing 65% of funds needed for construction, with the remaining funds coming from the government of Quebec (25%) and the municipality (10%). From that time, the OMHM stopped constructing any new low-rent housing units, and merely managed the existing housing stock. 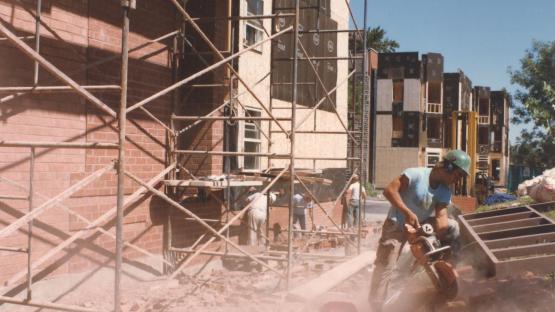 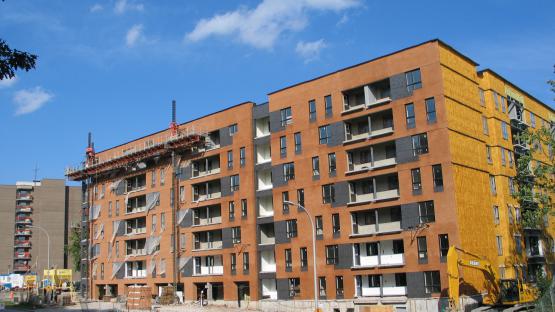 All municipal housing offices on the island of Montreal were amalgamated. The OMHM was able to draw on major new housing stock: more than 3,000 housing units, 3,300 tenants, 11 tenants’ associations, 5 community organizations and around 80 new employees. Although some of the municipalities on the island left the amalgamation in 2006, the municipal offices remained together.

The OMHM undertook construction and acquisition of affordable housing as a result of the Logement abordable Québec program (LAQ) and the City of Montreal’s opération Solidarité 5000 logements. Affordable housing managed by the OMHM comprises 10 seniors’ residences, making up the ENHARMONIE network with a total of 1,259 housing units, as well as some 400 other housing for families, accounting for a total of 1,682 units in 2010.

The OMHM rephrased its mission: “Improve the living conditions of low- and moderate income individuals and families by offering quality subsidized housing, while fostering their power of influence and action in their community." 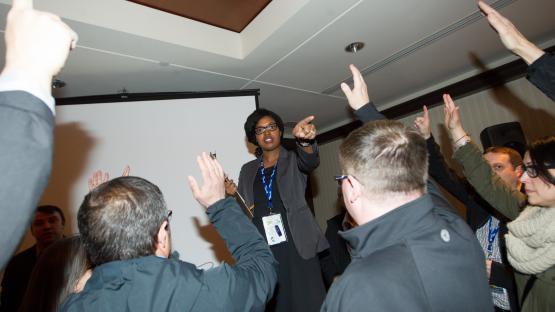 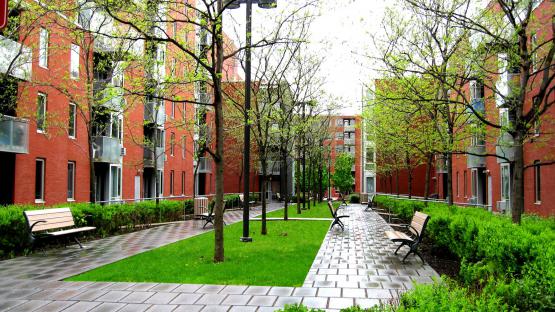 The OMHM acquired the Benny Farm complex, comprising four residential buildings with a total of 237 housing units. Built by the Canada Mortgage and Housing Corporation (CMHC) and the Canada Lands Corporation (CLC) in 1997 and 2000, these modern, accessible homes were originally designed to house Second World War veterans, who lived in the original buildings built by the federal government in 1947. The OMHM bought the complex to increase the number of apartments available to Montrealers on waiting lists for social housing. This was the first time that the OMHM acquired buildings without the support of government purchasing, renovation or operating programs, which was a significant turning point in its history.

From 2008, budgets for major works in low-rent housing units increased. A tenants’ information and consultation process was established. From 2008 to 2018, more than 912.3 million dollars were invested in a collective heritage evaluated in excess of 3 billion dollars. 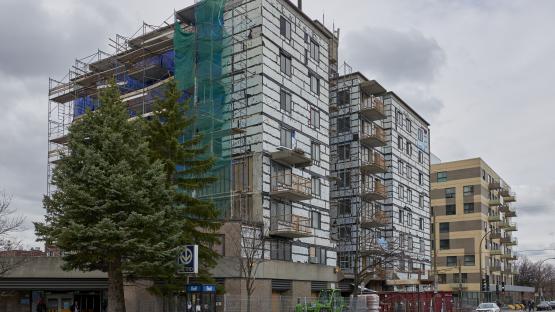 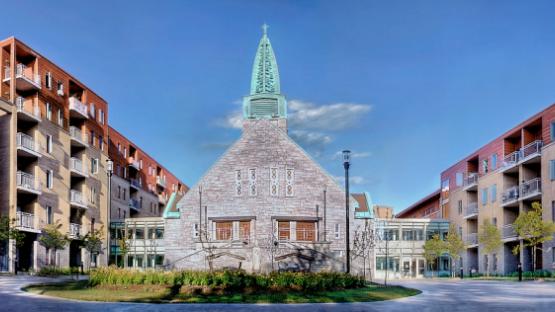 The OMHM took over management of Manoir Roger-Bernard, which had been managed by a not-for-profit until that date. In 2013, two other buildings were added to the housing stock, which brought the total low-rent housing units to 20,810 units.

The OMHM established new projects as a result of the AccèsLogis program. At the end of 2018, five new buildings comprising 295 units were completed. 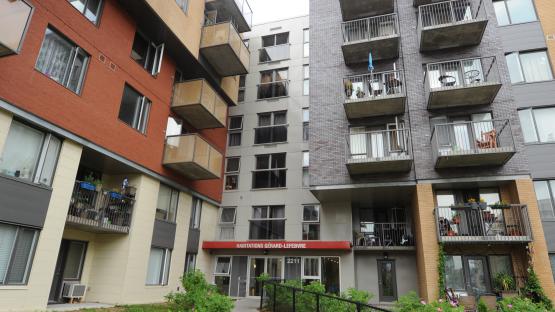 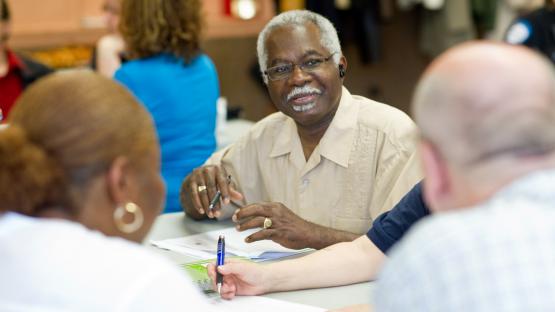 The OMHM implemented its third strategic plan. The organization’s mission, which has evolved over the years, is now: “Improve the living conditions of low-income individuals and families by offering quality services and housing, while fostering their power of influence and action.”

More than 25,000 households are waiting for low-rent housing. This significant number will reduce significantly to around 23,000 in fall 2018.

The OMHM celebrated its 50th anniversary. 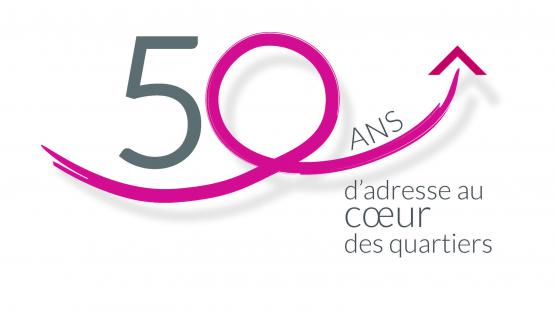